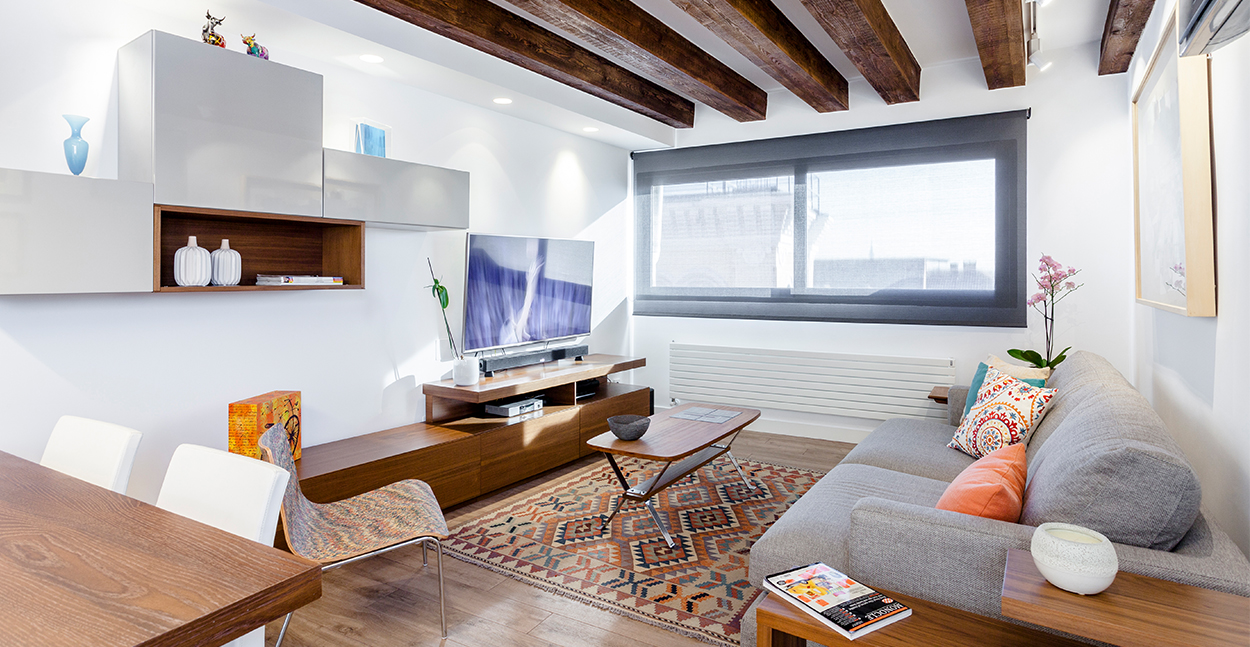 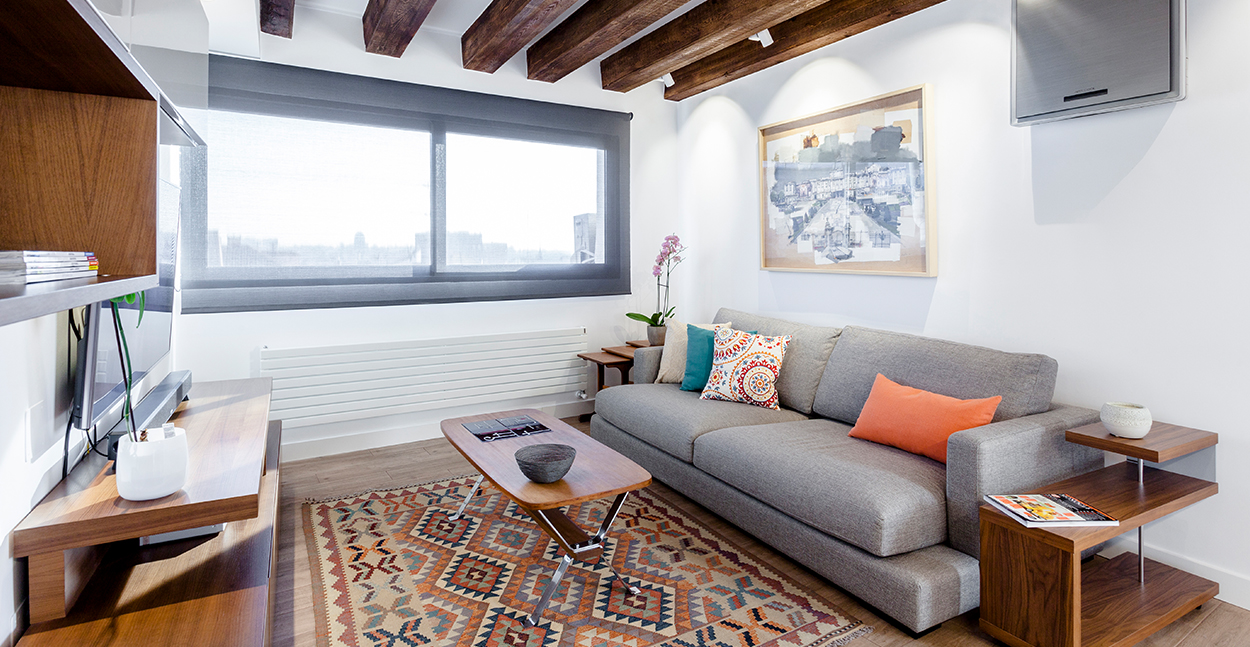 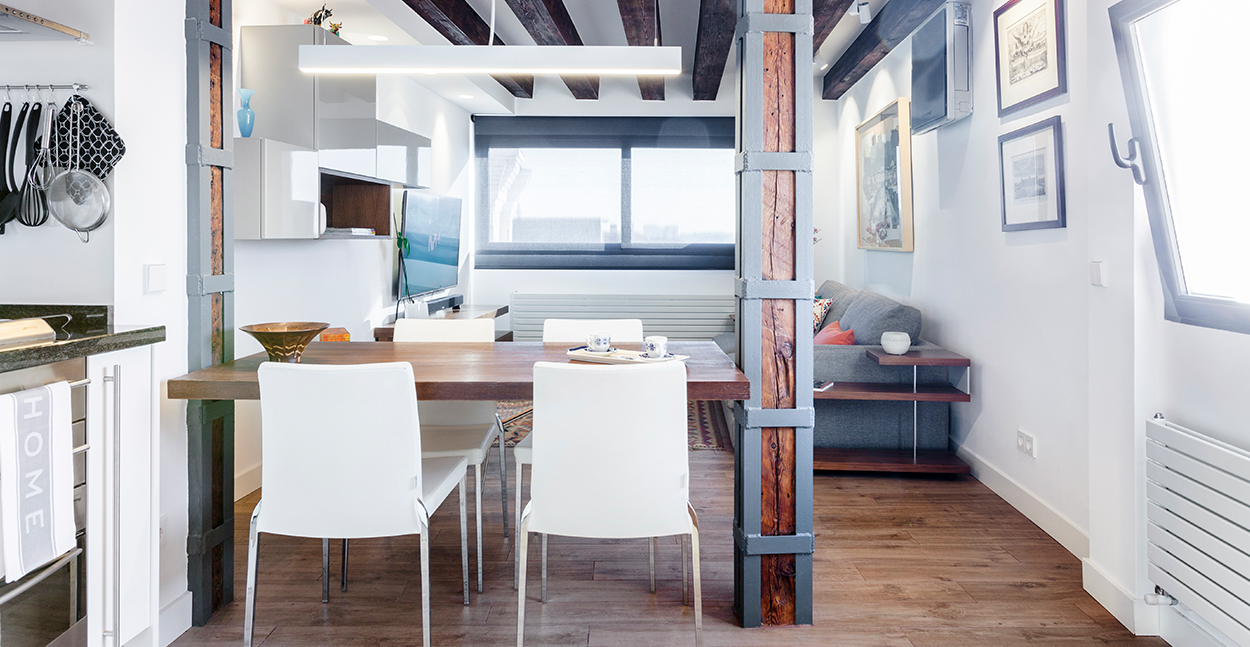 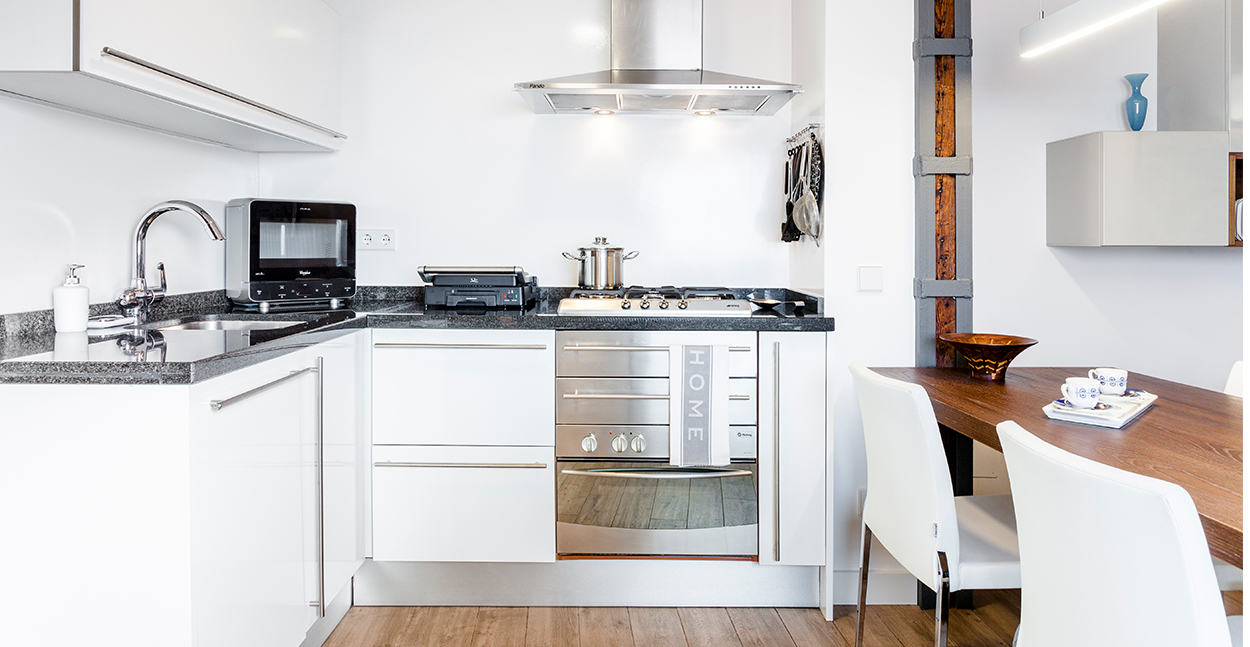 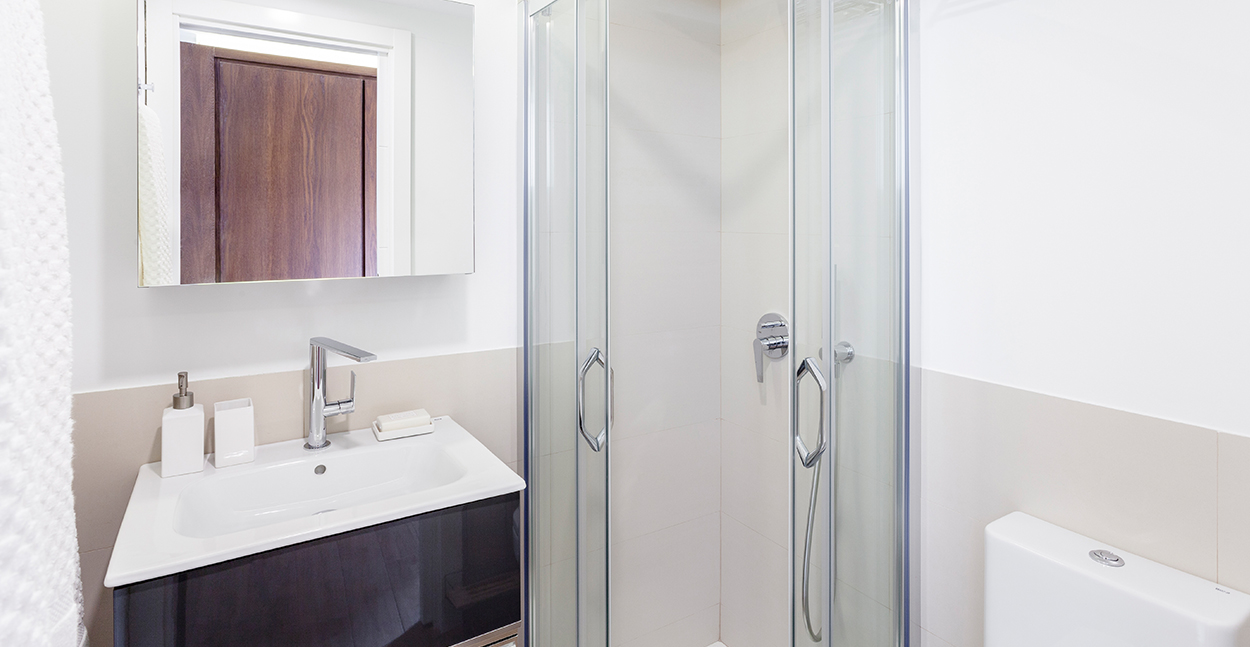 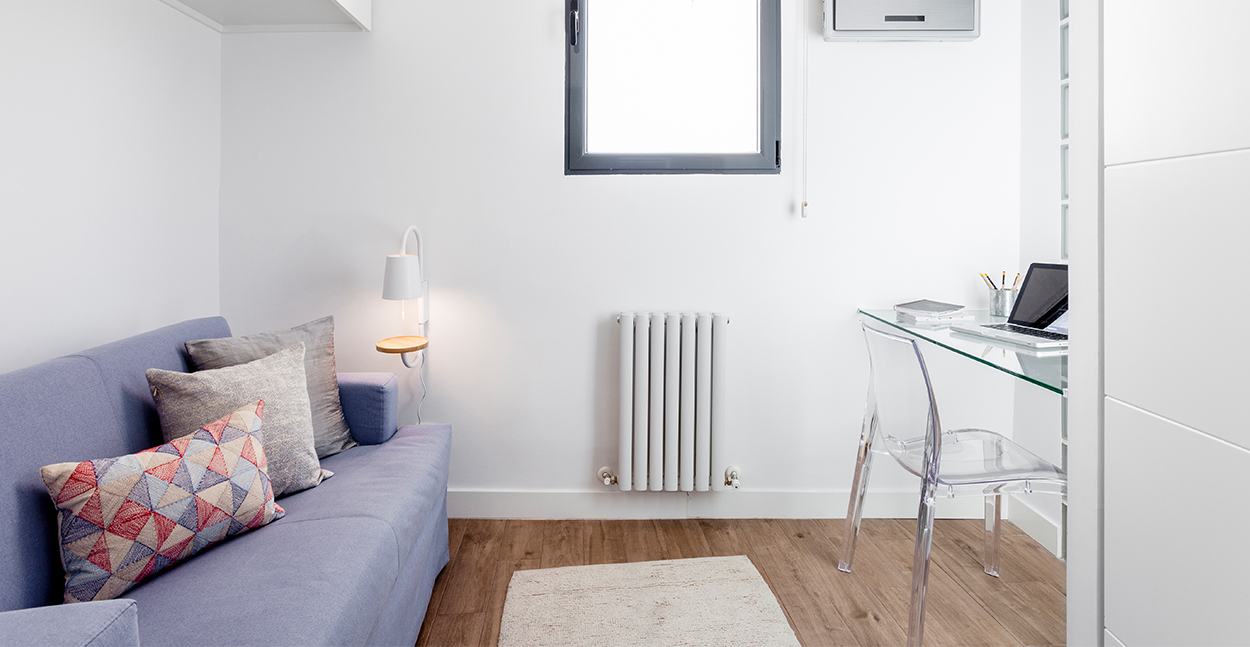 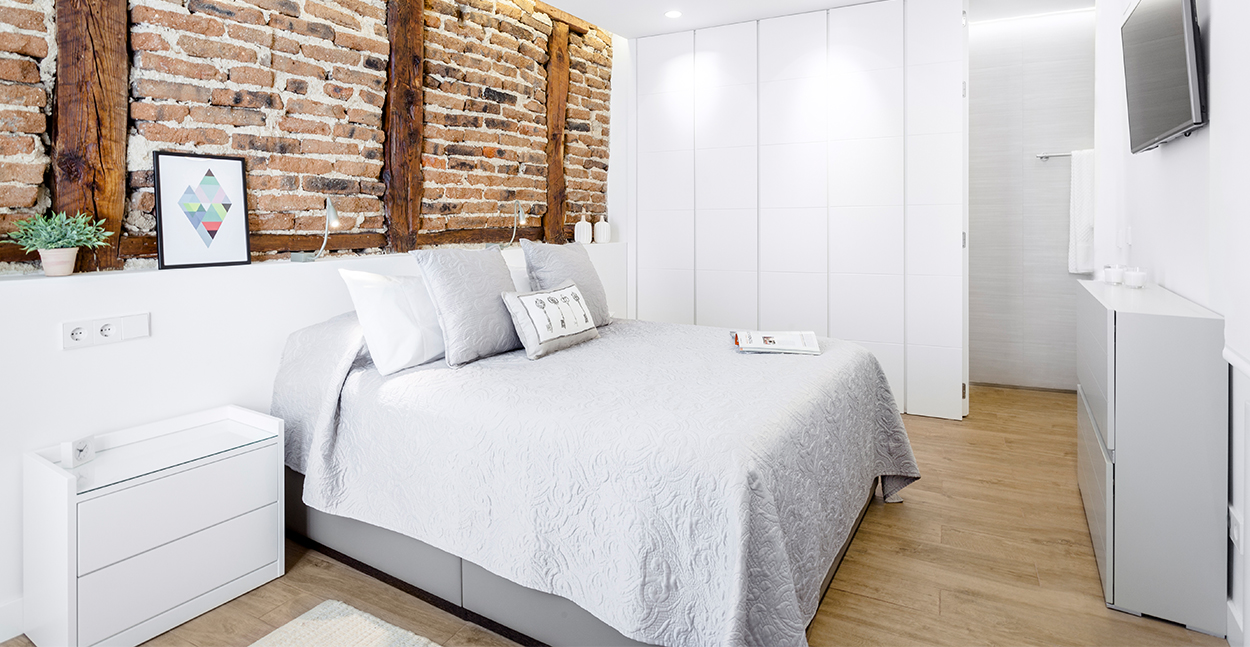 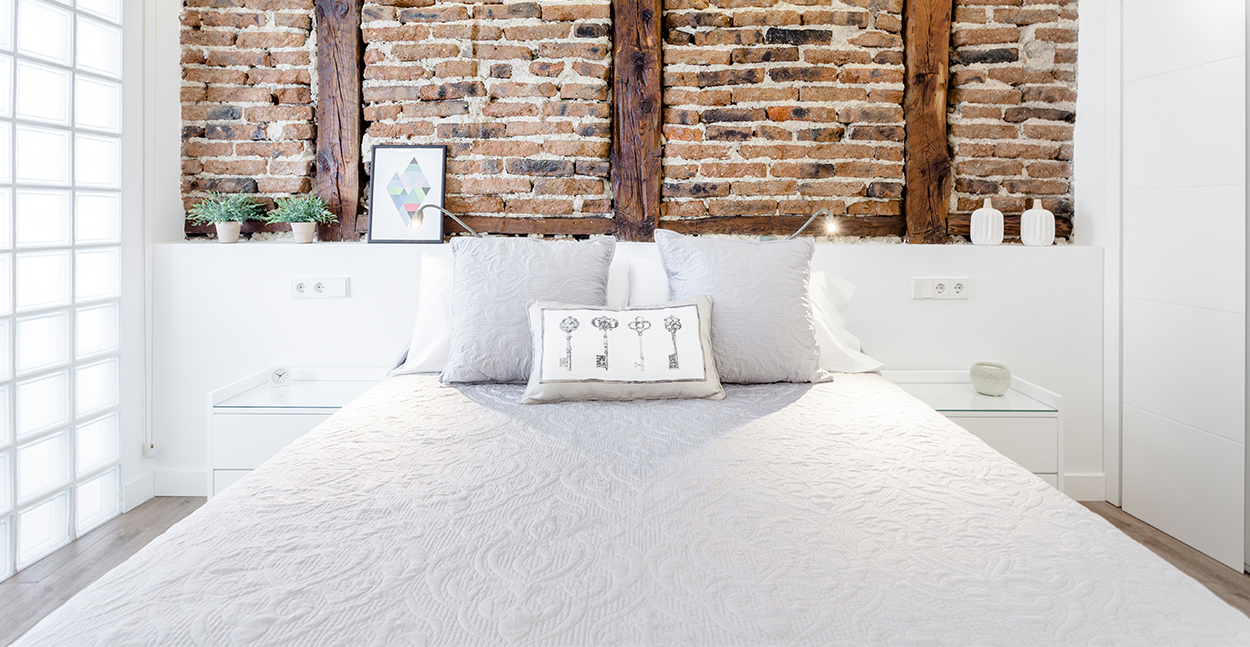 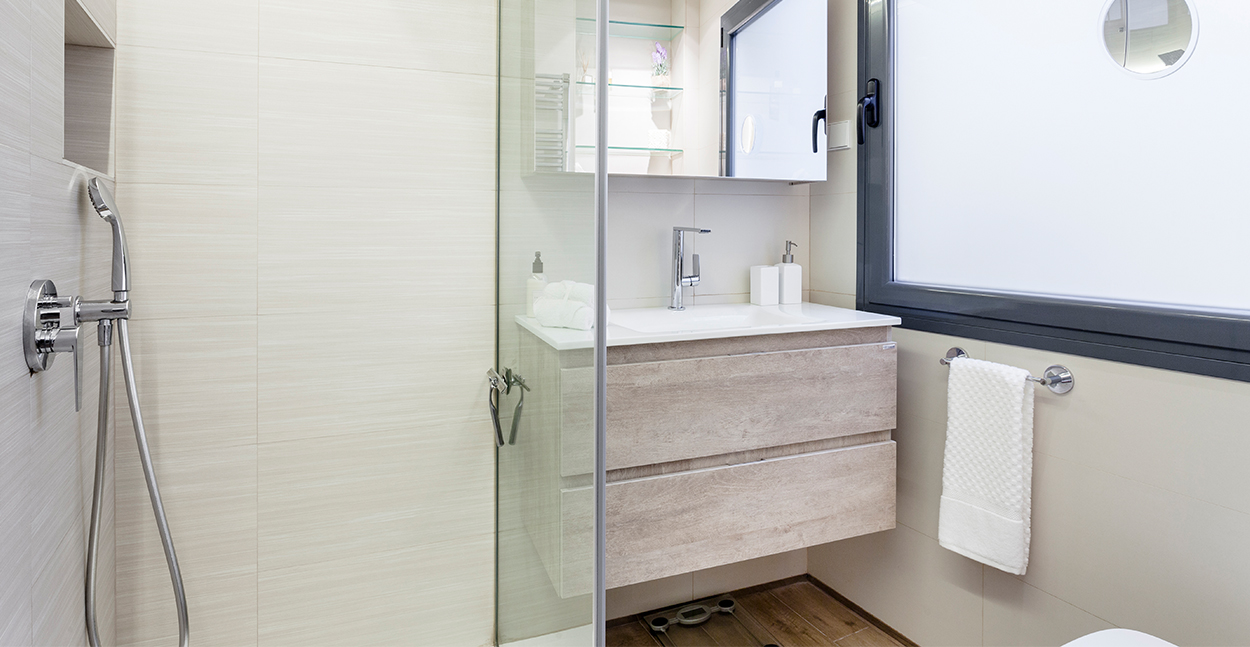 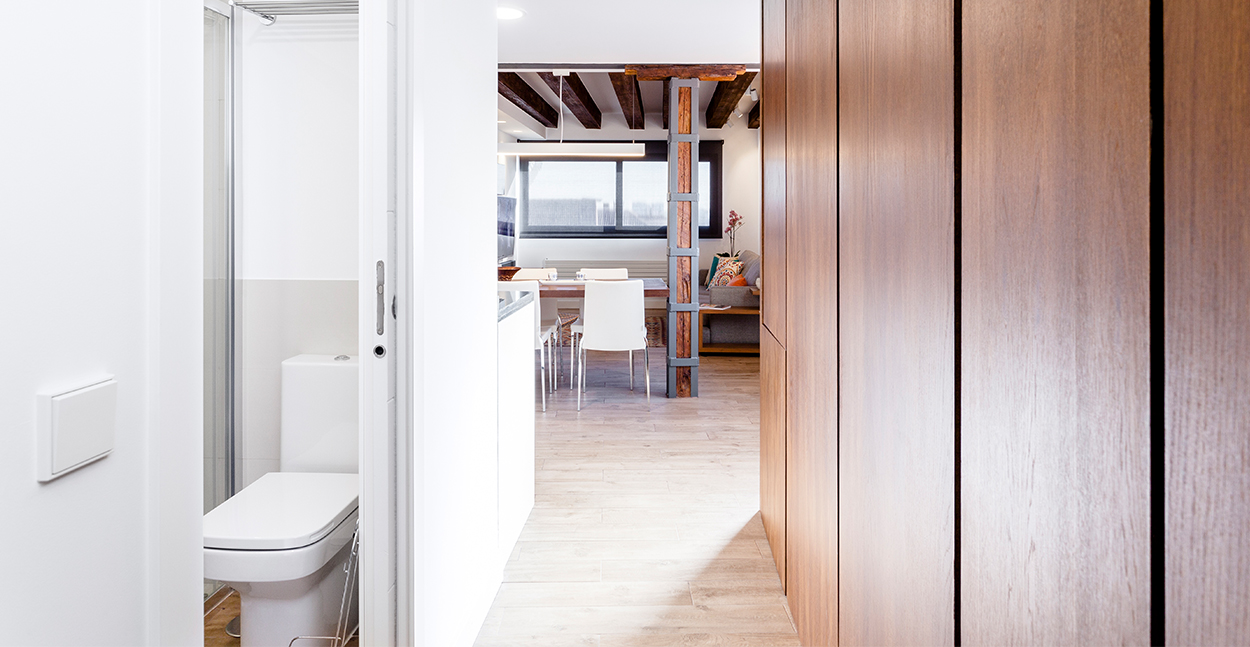 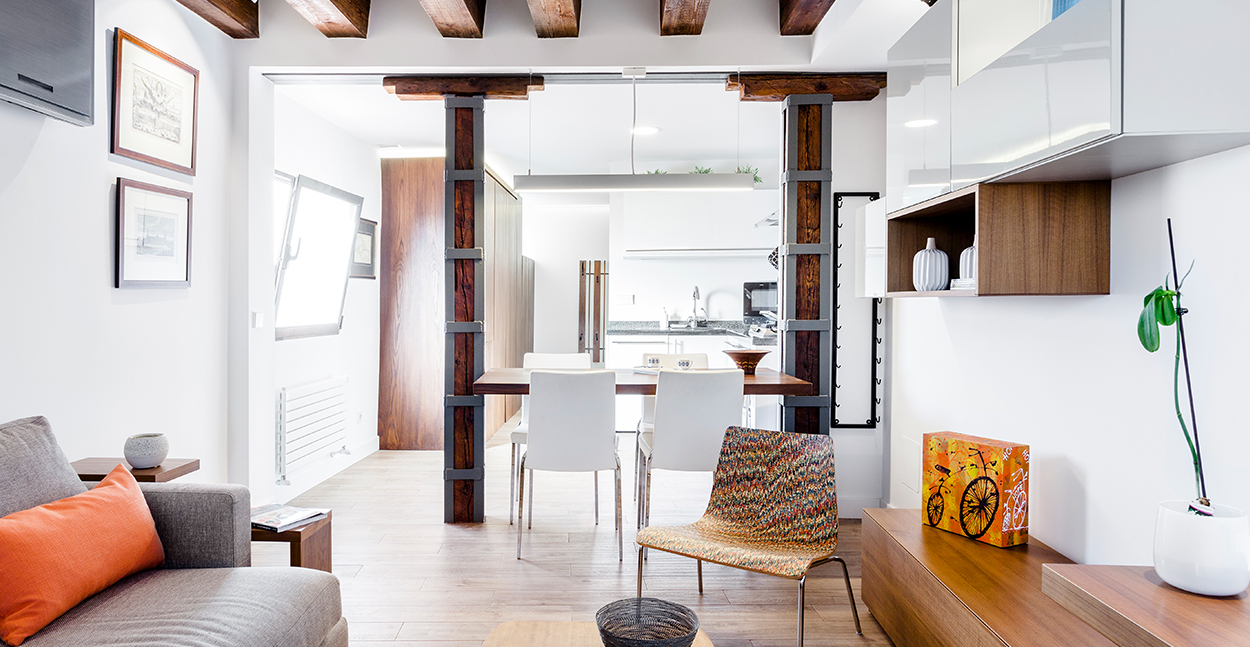 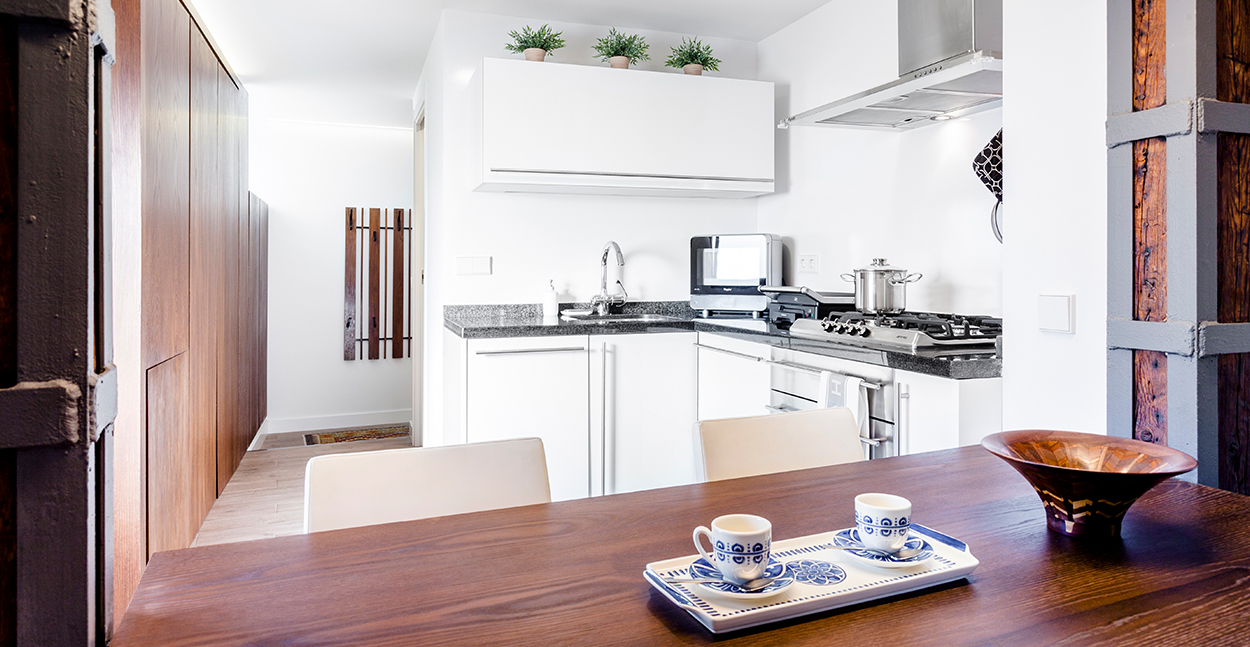 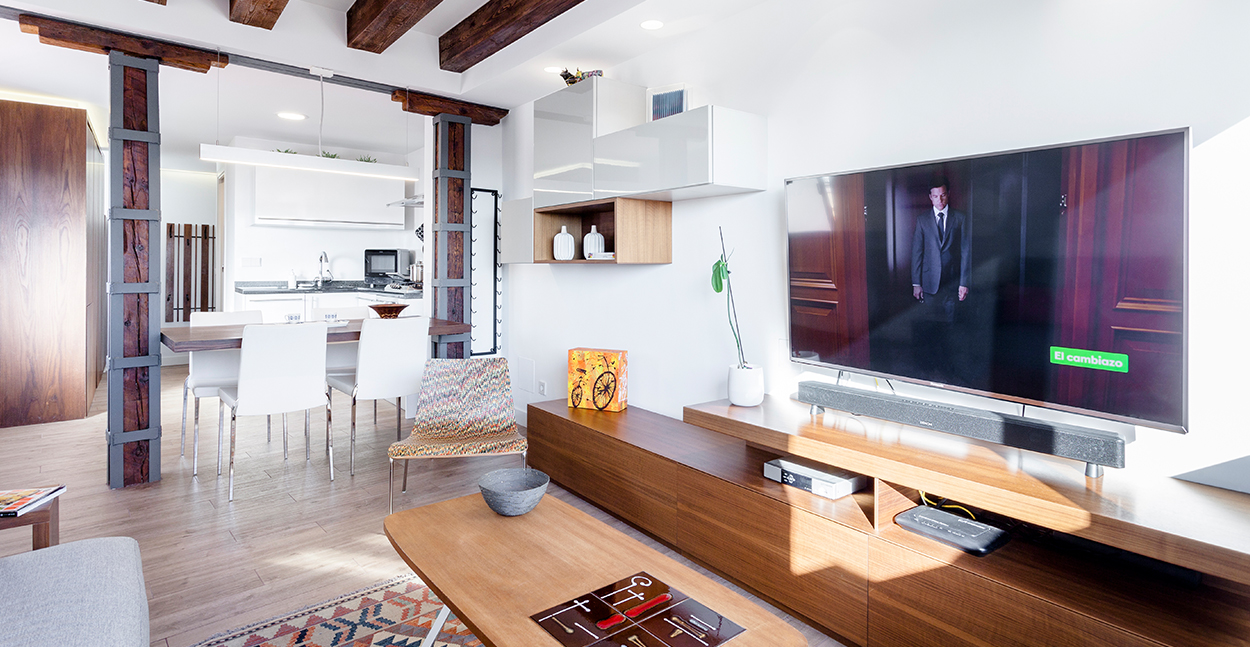 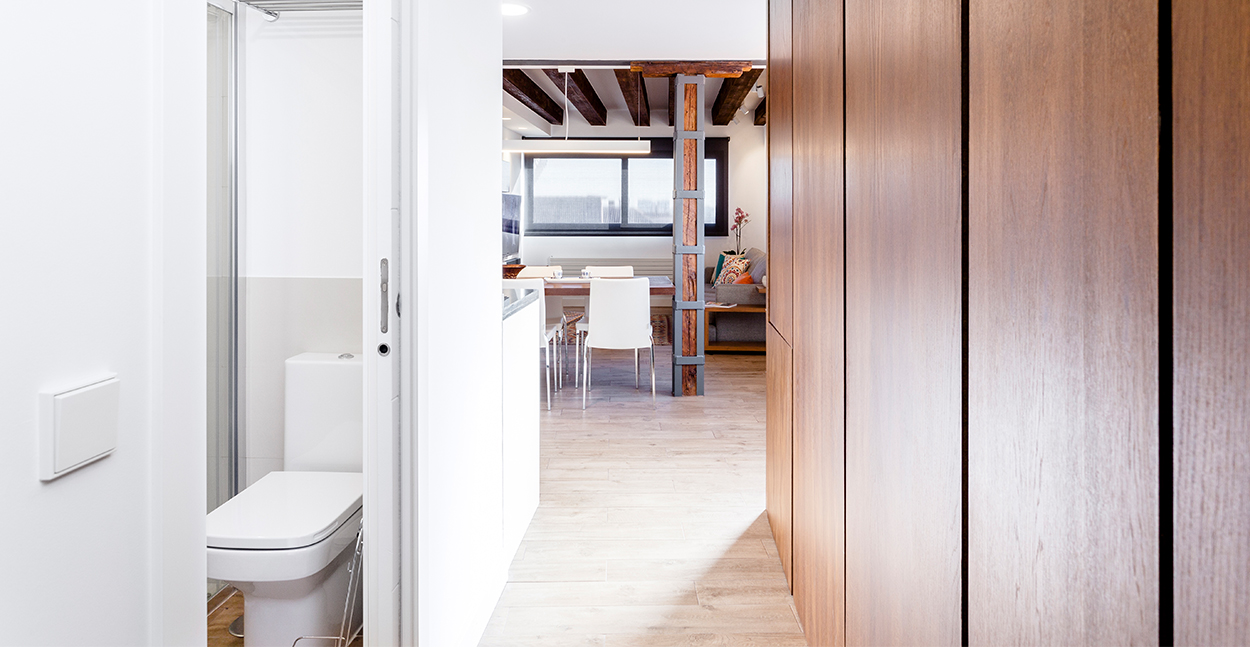 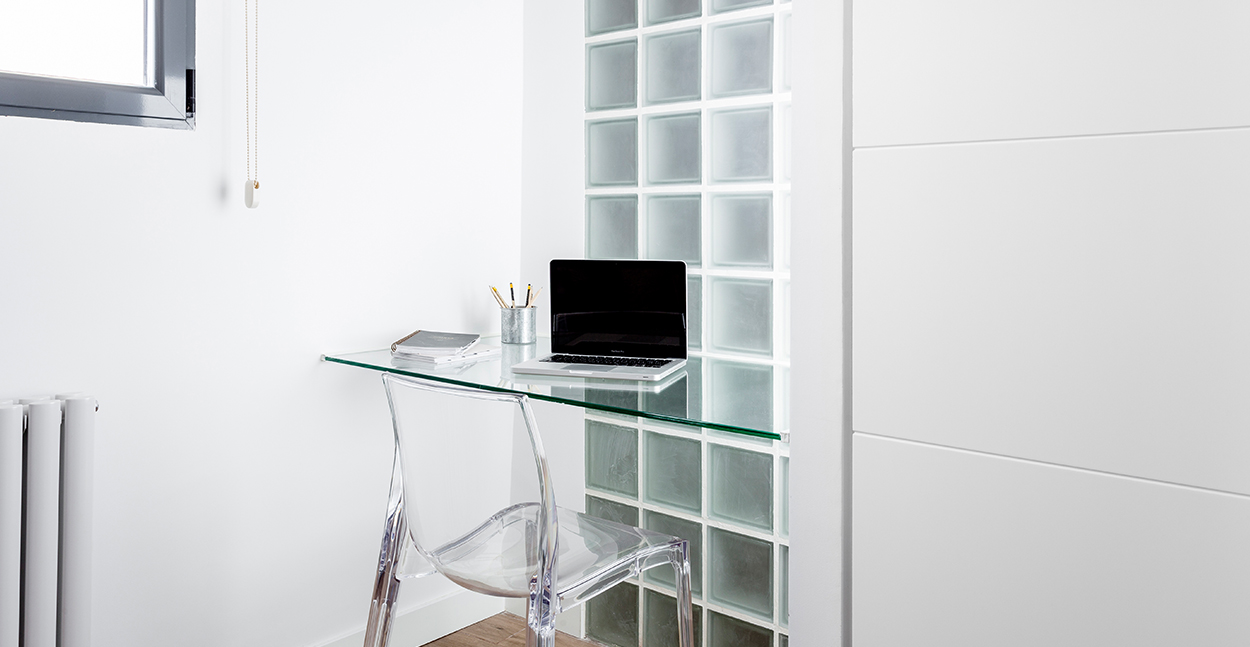 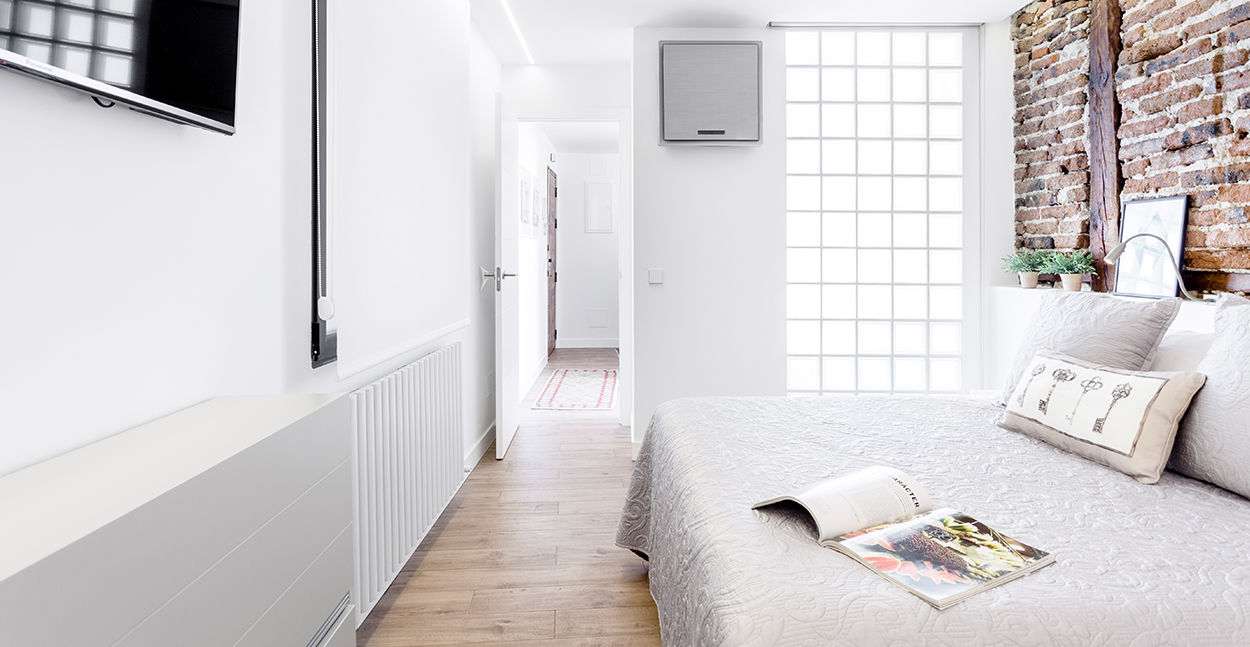 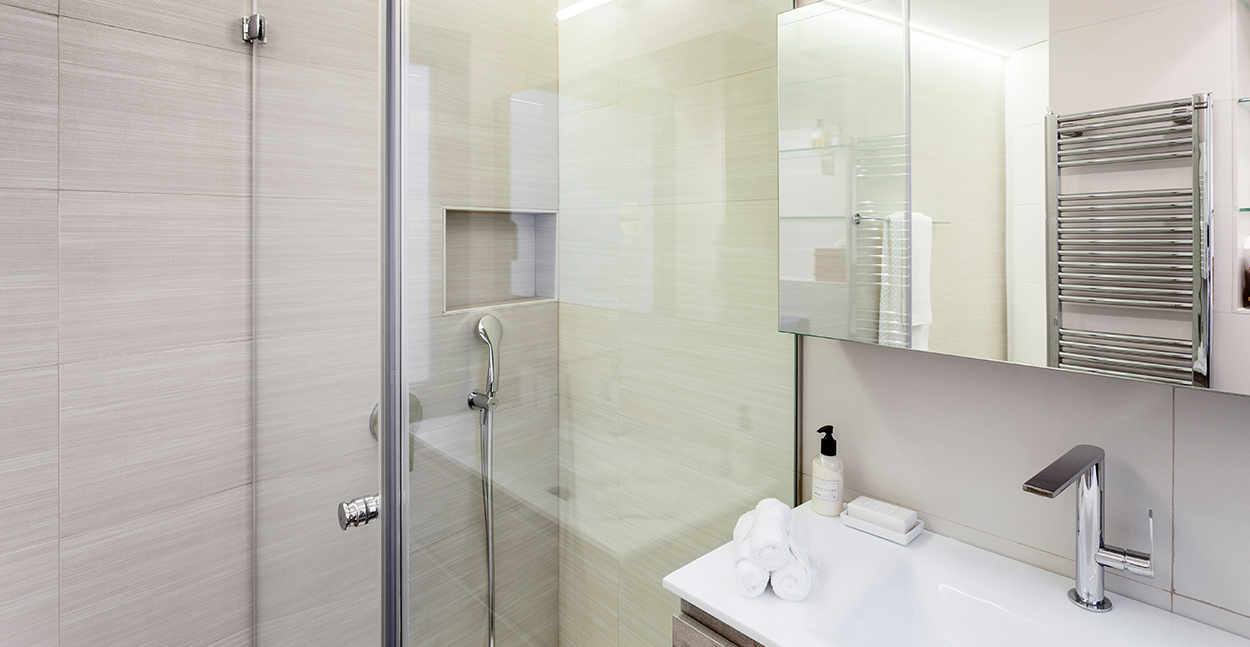 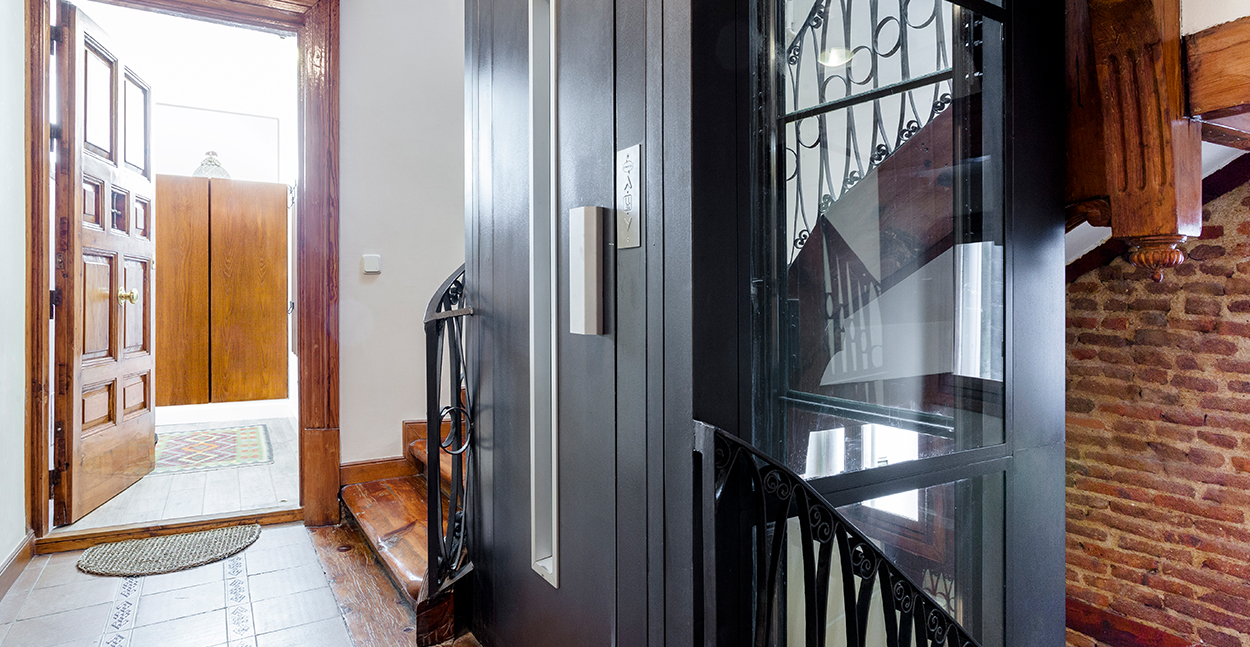 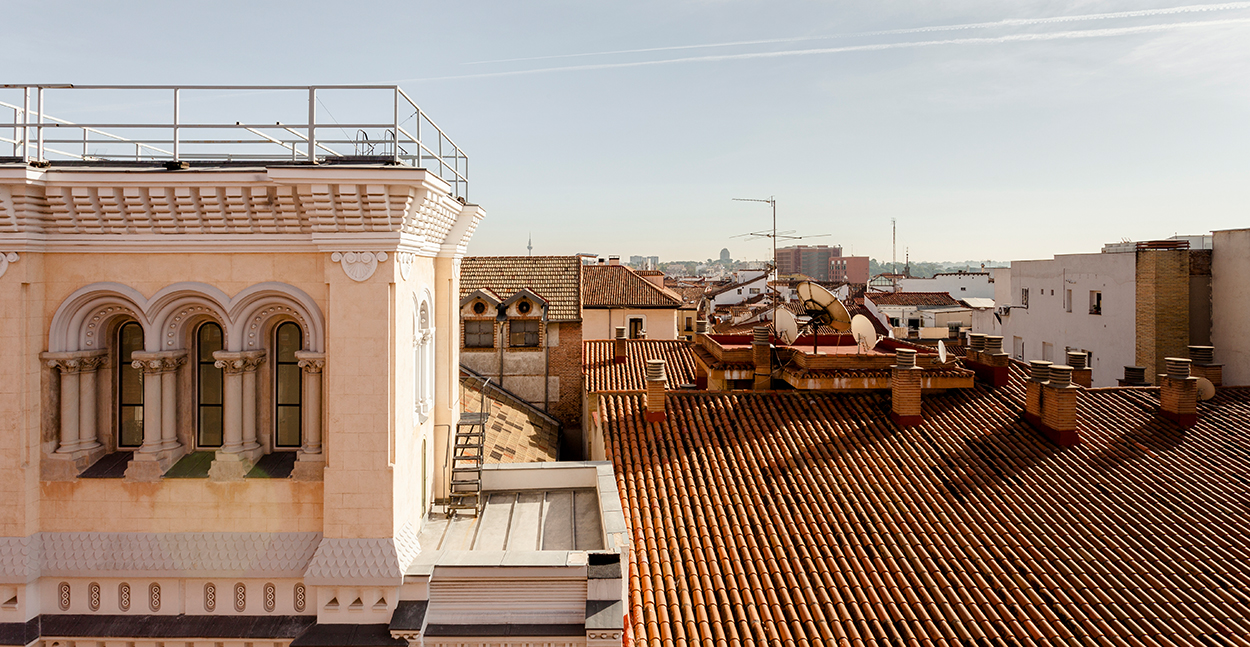 Santa Ana Apartment is located only a few steps away from the Prado museum, this magnificent and comfortable one-bedroom apartment for rent lies in a privileged location in one of the most bohemian and cultural neighborhoods in Madrid. The Madrid neighborhood of Las Cortes is one of the oldest and most bohemian in the capital, it is just a stone’s throw from Puerta del Sol and Paseo del Prado. One could say one of the best-known areas in the city is Barrio de Las Letras, named in this fashion because the area used to be a meeting point for many writers, actors and artists in the city. Nowadays, it is still a hot spot for artists who continue to make this neighborhood their home.  The heart of this neighborhood is undoubtedly Huertas Street, which goes from the popular Plaza Santa Ana to the Museo Nacional del Prado, one of the most important museums in the world. On Cervantes Street, visitors can find the Casa Lope de Vega, where the most prolific writer in Spain’s history lived for the last 25 years of his life. Likewise, Prado Street also houses the Madrid Cultural Center (Ateneo de Madrid), a cultural institution founded in 1895. It has an extensive activity schedule worth looking at when making plans to visit the city. On Plaza Santa Ana, meeting point and the true heart of the city, one can find two symbolic buildings in Madrid — the Teatro Español and the Hotel Victoria, currently hotel Me, traditionally favored by famous bullfighters back in its day.  Around the square, there are many bars, cafeterias and famous pubs such as La Alemana, visited by well-known writers like Jardiel, Valle Inclán and Ernest Hemingway. On the famous Plaza del Ángel lies the famed Café Central, a jazz temple in the city and very close from San Sebastián Church. Among the church records, one can find birth, marriage and death certificates of important people such as Cervantes and Lope de Vega.

Stay at this apartment! 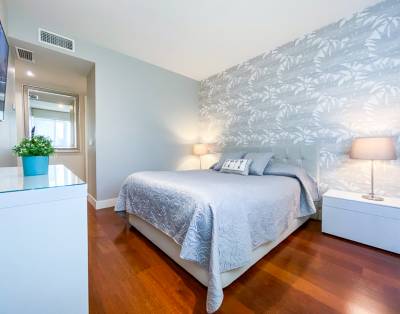 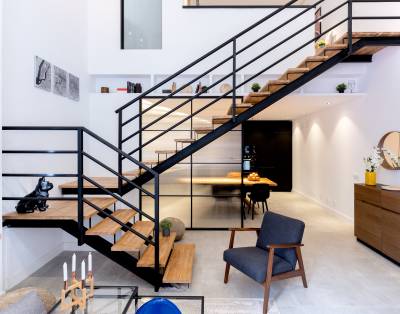 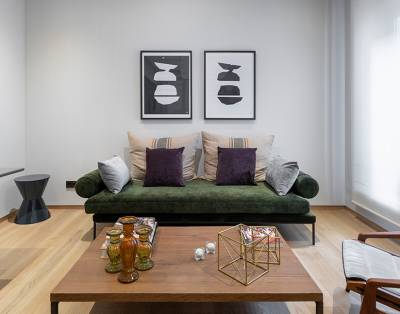 Review the dates and confirm your booking

Don't have an account? | Forgot Password
I only want to book
I want to rent my property

Already a member? Sign in!
Return to Login
We use cookies on our website to give you the most relevant experience by remembering your preferences and repeat visits. By clicking “Accept All”, you consent to the use of ALL the cookies. However, you may visit "Cookie Settings" to provide a controlled consent.
Cookie SettingsAccept All
Manage consent

This website uses cookies to improve your experience while you navigate through the website. Out of these, the cookies that are categorized as necessary are stored on your browser as they are essential for the working of basic functionalities of the website. We also use third-party cookies that help us analyze and understand how you use this website. These cookies will be stored in your browser only with your consent. You also have the option to opt-out of these cookies. But opting out of some of these cookies may affect your browsing experience.
Necessary Always Enabled
Necessary cookies are absolutely essential for the website to function properly. These cookies ensure basic functionalities and security features of the website, anonymously.
Functional
Functional cookies help to perform certain functionalities like sharing the content of the website on social media platforms, collect feedbacks, and other third-party features.
Performance
Performance cookies are used to understand and analyze the key performance indexes of the website which helps in delivering a better user experience for the visitors.
Analytics
Analytical cookies are used to understand how visitors interact with the website. These cookies help provide information on metrics the number of visitors, bounce rate, traffic source, etc.
Advertisement
Advertisement cookies are used to provide visitors with relevant ads and marketing campaigns. These cookies track visitors across websites and collect information to provide customized ads.
Others
Other uncategorized cookies are those that are being analyzed and have not been classified into a category as yet.
SAVE & ACCEPT
Powered by